The Whole Booke of Davids Psalmes 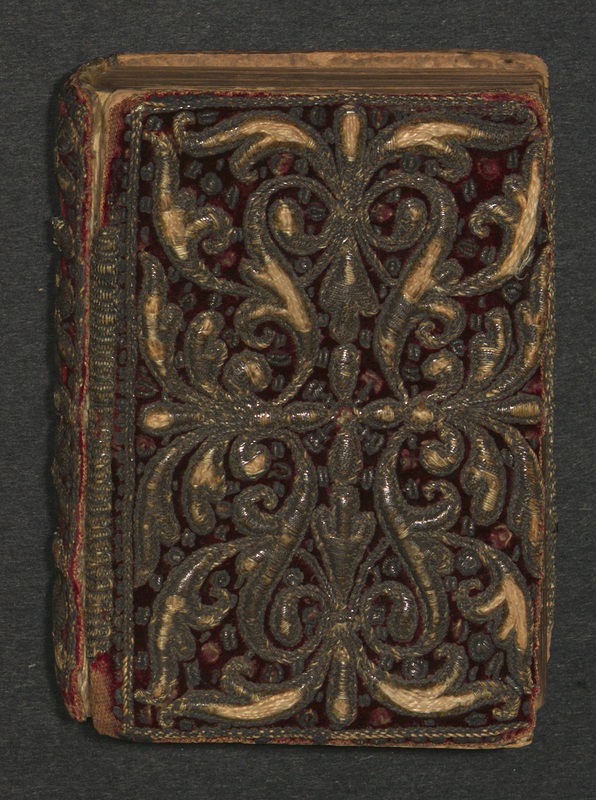 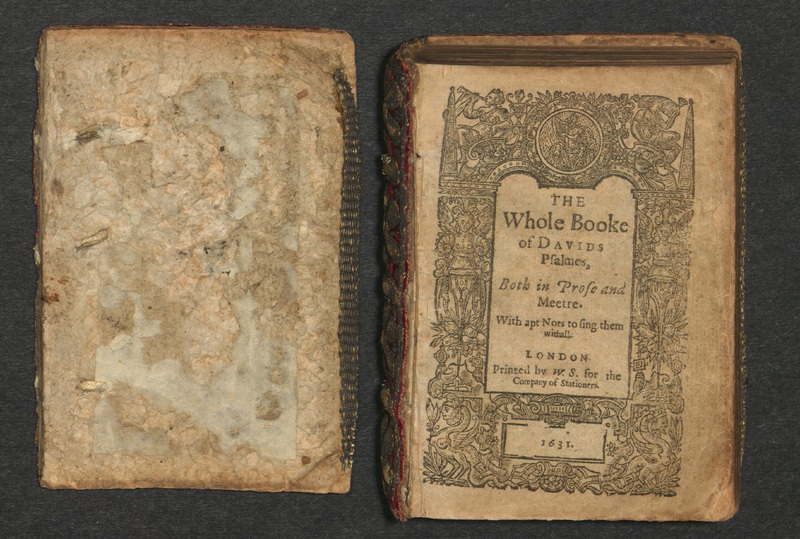 This pocket sized, ornate book is simply titled The Whole Booke of Davids Psalmes, Both in Prose and Meetre. With apt Notes to sing them withall. This would have been a personal devotional book, used for individual reading or study. The cover is decorated with embroidered velvet, and seems to have been used regularly. The printers note, W. S., on the title page indicates that this prayer book was published by famed London printer William Stansby (1527?-1638).

William Stansby, who began printing under his own name in 1610, is best known for printing the first folio collection of writer Ben Johnson in 1616, and collaborating on editions of Shakespeare. Prior to this, Stansby worked as an apprentice under printer John Windet. Upon earning his freedom, and the skill and title of master printer, Stansby worked with Windet until Windet’s death, when Stansby took over his former master’s press shops. As a printer he produced his share of the expected works such as sermons, chapbooks, newsbooks, plays, and political/religious propaganda. Yet, simultaneously Stansby also began printing "prestige" folios of history and theology with some items including the works of Ralegh, and Camden.

He was known as a bit of a rebel, and the Stationers Court Book has a record of Stansby being fined by the guild for multiple offenses including violating apprentice rules, pirating copy, and exchanging harsh words with other members. Additionally, Stansby was punished for his role in the printing and distribution of political propaganda such as the 1620 printing of A Plain Demonstration of the Unlawful Succession of Ferdinand the Second concerning the crowning of Ferdinand II of Bohemia. Towards the end of his life, Stansby returned to common printing trends, including religious paraphernalia, such as this prayer book, printed just seven years before his passing. The book also includes notes to sing the psalms with. These notes were composed by Thomas Sternhold and John Hopkins, who were the first to compose all of the Psalms in metered English.

Items such as this prayer book provide a multifaceted insight to seventeenth century England. Visually, we can see first hand the types of personal materials these historical actors prefered. The rich ornamentation both on the cover as well as the title page indicate that these books were important to their respective owners, and therefore warranted elaborate decoration, something that would have been costly. Additionally, historians can analyze the trend for hymnal notes to be added to prayer books, and why having these available in metered English mattered. Finally, this item stands all on its own as a tribute to the skill and contributions that William Stansby provided to the English world of printing.