The Growth of a Community 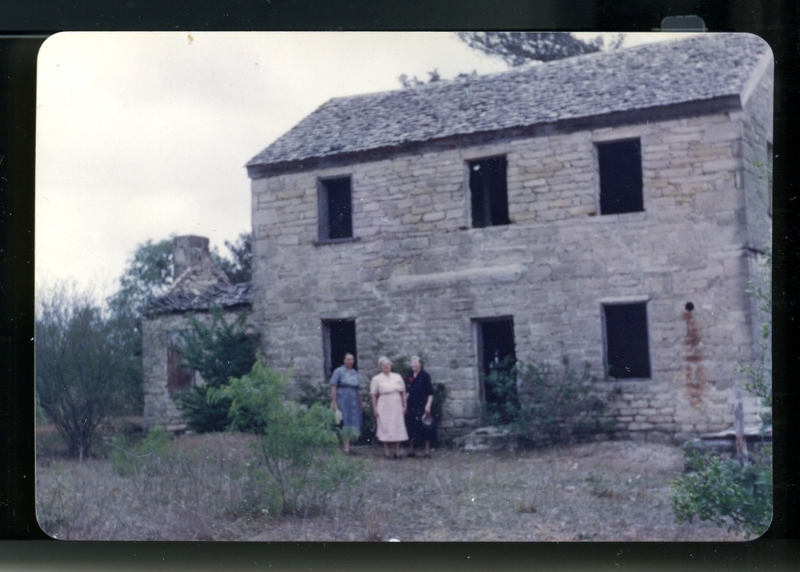 At the end of these tumultuous few years, there was a large and growing population of Germans in Texas. To this day, you can see the traces of that lineage and the cultural mark they’ve left on the state. With the flourishing beer culture, familiar food, distinctive architecture, and musical impact, it’s impossible to miss the German influence in Texas today.

But now, let’s revisit Valentine Hoch. After enduring the long journey to Texas, the death of a child and his wife, and further travel into the unknown Texas frontier, he found a place for his family to call home. To the left you can see the original stone building that was “Hoch’s Home.” It eventually became an inn for travelers journeying along the freight lines, and over time both his family and the settlement around them grew. 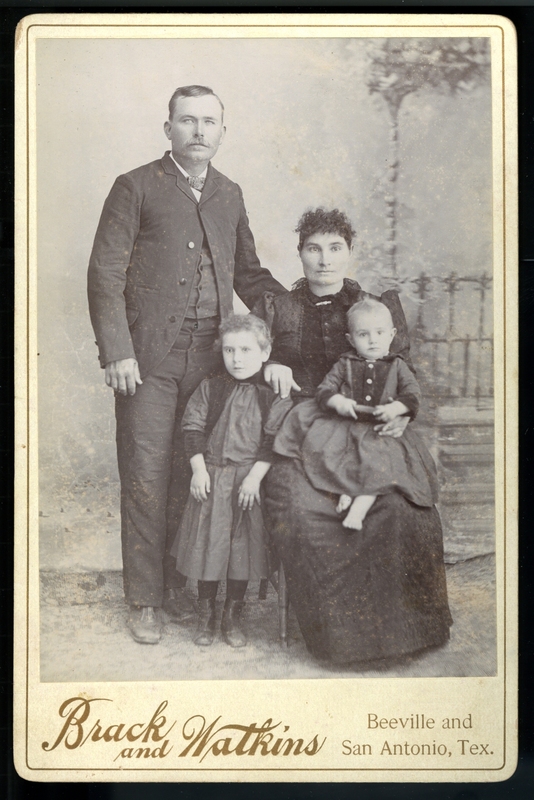 Theodore Hoch, son of Valentine Hoch, and Molly Schwab with their children

As his children married and settled in what was aptly named Hochheim, it became a community for a number of German immigrant families. Hochheim became a stop on the Indianola-Austin stagecoach line with a general store, saloon, mill, cotton gin, and post office, all owned and operated by Hoch’s children and their spouses. In 1892 the Hochheim Prairie Mutual Fire and Storm Insurance Association was founded and Valentine’s son-in-law, James H. Schwab, was named president. The insurance company is still in existence to this day. Hochheim is just one example of a growing german community in Texas, but you can imagine similar towns like this developing all over central Texas in the same manner throughout the 19th century. And, in New Braunfels and Fredericksburg, you can see examples of the cities more purposefully built by the Adelsverein settlers.

In a memorandum issued in 1851, the president of the Society states that, “one can move forward with relatively modest means on a cleared path, and walk towards a great future with confidence.” Perhaps in the end, this was the truth of those who came to Texas from Germany with the support of the Adelsverein. They came with little, and they built thriving communities whose impact can be seen to this day.