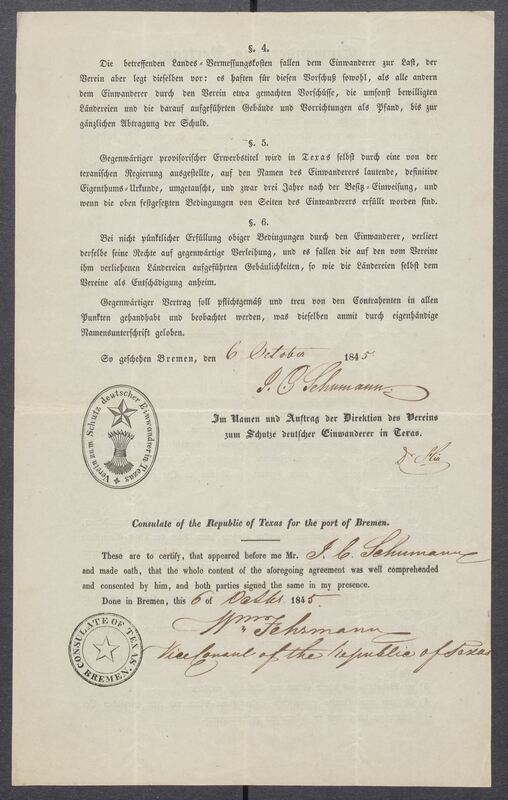 The Verein zum Schutze deutscher Einwanderer in Texas, often simply called the Adelsverein, did not simply send families over to Texas for a free-for-all land grab. There were detailed specifications laid down in an Immigrant Contract, like the one you see to the left, that the individual or head of the family would have to sign before being allowed to board a ship. These contracts were standardized with the only difference being the number of people listed and the amount of land given. This particular contract details the agreement set down for a man and his family, “containing six people.” All immigrant contracts stated that the individual or family was given three consecutive years to meet the following requirements: build a house on the property, cultivate 15 acres of the land, and build a fence around those 15 acres. If these requirements were met, the temporary title they were initially given would be exchanged for a permanent, definitive deed granted by the Texas government. This contract was standard for all those hoping to emigrate to Texas. 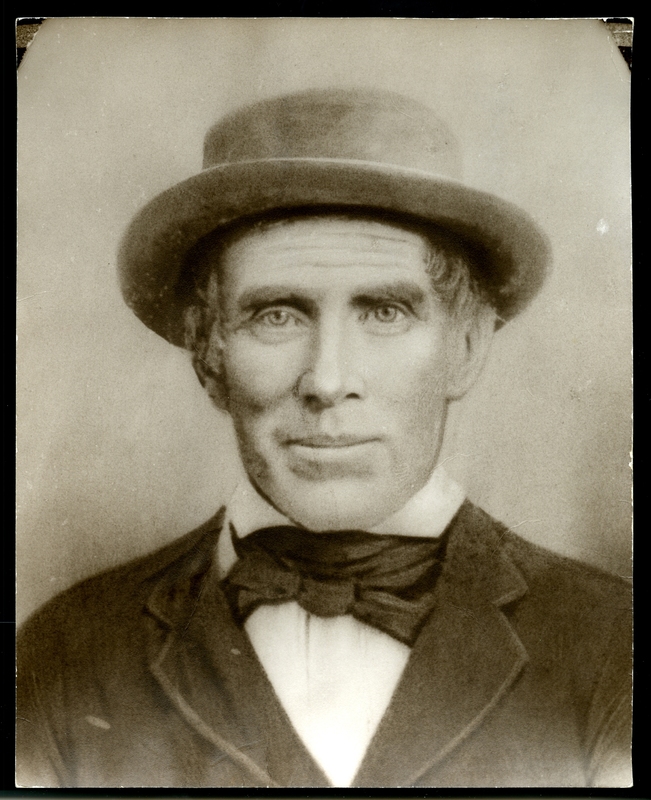 Who were these individuals and families who decided to uproot their lives in Germany and emigrate to Texas? One such man was Valentine Hoch, who brought his wife and children to Texas in 1845 on the ship Everhard. We know he signed a contract identical to the one you see above. However, he and his family never actually settled on the land he was granted. Having landed at Indianola, they were intended to travel to New Braunfels, but instead stopped about halfway through the journey at a site on the McCoy Creek. They built their home there and the settlement eventually became the town of Hochheim, which translated means “Hoch’s Home.”