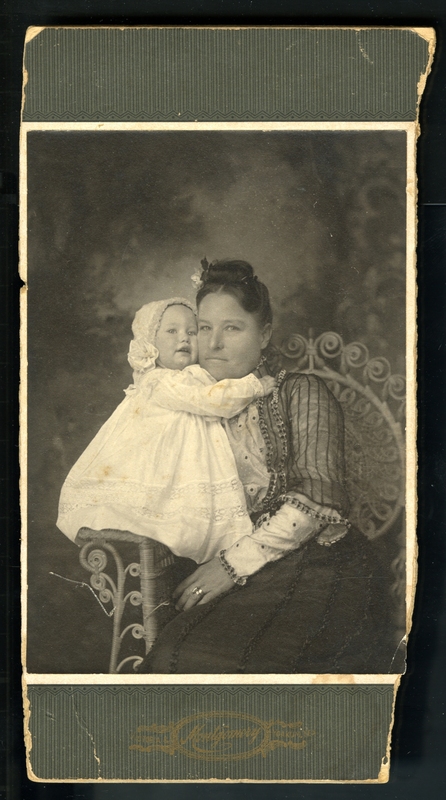 Martha Schwab Cunningham (Granddaughter of Valentine Hoch) and her Baby.

It should also be noted that not everyone who wanted to was allowed to put down roots in the Adelsverein settlements. The state of Texas had specific requirements in place that immigrants had to meet. They were essentially put in place to ensure that the "right" kind of people settled in Texas and that they would be able to create a growing community.

A family had to consist of a man and his wife or a widower/widow with two or more children. If boys, children must be under 17 and if girls, they must be single.

No one could have committed a serious crime or be of “low moral character.”

Everyone had to be white residents of foreign countries

There was the stipulation that, “Neither the entrepreneur nor the settler may let an Indian have arms, ammunition, and intoxicating beverages, otherwise he will forfeit his property”