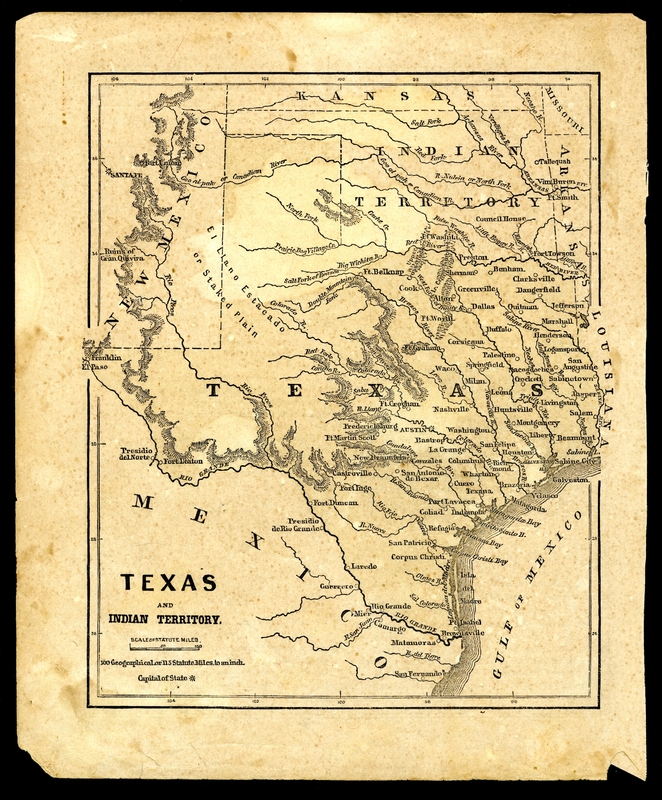 A map of Texas, most likely from the mid to late 19th century

In the mid 19th century, there was a great influx of German Immigration to Texas. This was in large part due to the formation in 1842 of the “Verein zum Schutze deutscher Einwanderer in Texas,” or The Society for the Protection of German Immigrants to Texas. The general purpose of the Society was to secure land for German peoples, facilitate their emigration, and provide for their welfare. However, due to a lack of adequate planning, the Society never had enough resources to truly help all the immigrants once they arrived in Texas. This culminated in 1853 when they were forced to sell all of their colonization rights to creditors in order to settle outstanding debts. Despite these difficulties, thousands emigrated from Germany to Texas through the Society, particularly from 1845 to 1847. Cities such as Fredericksburg and New Braunfels were settled during this time. Although these immigrants often faced hardships, they were able to build a prosperous community whose influence can still be seen to this day.